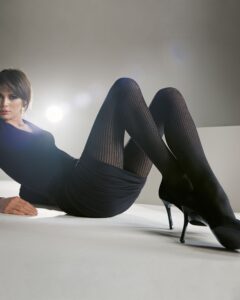 Mia Rosing (born 19 December 1983; Denmark) is a Danish fashion model. She has been in campaigns for Miss Sixty, Escada and several others. She’s appeared on magazine covers such as ELLE, Topmodel and Madame Figaro. She’s appeared in many fashion shows – Baby Phat, Cynthia Rowley and Giorgio Armani are just a few examples.

She won Elite Model Look Copenhagen in 1998, and placed second in the finals.