You are here: Home / Archives for Angie Dickinson 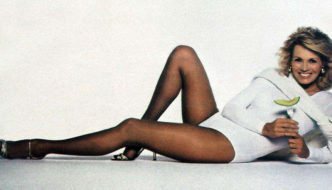 Angie Dickinson (born September 30, 1931) is an American actress. She is best known for her roles in the films Rio Bravo and Dressed to Kill, and for starring on television as Sergeant Suzanne "Pepper" Anderson on the 1970s crime series Police Woman. Dickinson, the second of four daughters, was … END_OF_DOCUMENT_TOKEN_TO_BE_REPLACED