You are here: Home / Archives for Chloë Moretz 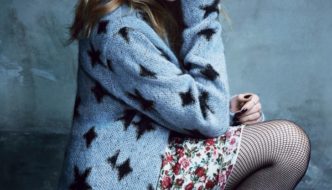 Chloë Grace Moretz (born February 10, 1997) is an American actress and model. She began her acting career in 2004 at the age of seven, and her first award nomination came the following year for The Amityville Horror. Her film credits include (500) Days of Summer, Diary of a Wimpy Kid, Kick-Ass, Let … END_OF_DOCUMENT_TOKEN_TO_BE_REPLACED