You are here: Home / Archives for Fran Drescher 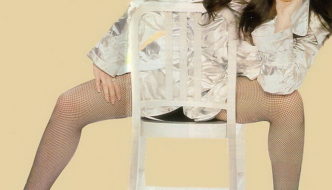 Francine Joy "Fran" Drescher (born September 30, 1957) is an American film and television actress, producer, and activist. She is best known for her role as Fran Fine in the hit TV series, The Nanny. Drescher made her screen debut with a small role in the 1977 blockbuster film Saturday Night … END_OF_DOCUMENT_TOKEN_TO_BE_REPLACED