You are here: Home / Archives for Katharine McPhee 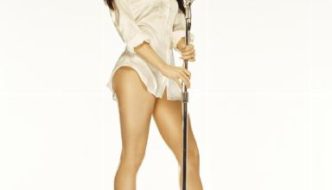 Katharine Hope McPhee (born March 25, 1984) is an American actress, singer, and songwriter. In May 2006, she was the runner-up on the fifth season of American Idol. Her self-titled debut album was released on RCA Records on January 30, 2007, and debuted at number two on the Billboard 200, selling … END_OF_DOCUMENT_TOKEN_TO_BE_REPLACED