You are here: Home / Archives for Selma Blair 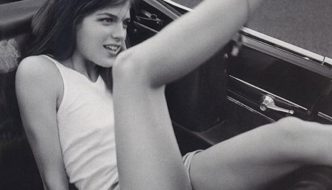 Selma Blair (born Selma Blair Beitner on June 23, 1972) is an American film, television and theater actress. Since Blair made her professional acting debut in 1995, she has starred in a variety of film genres, including several commercial Hollywood motion pictures, indie and art house … END_OF_DOCUMENT_TOKEN_TO_BE_REPLACED