You are here: Home / Archives for Serinda Swan 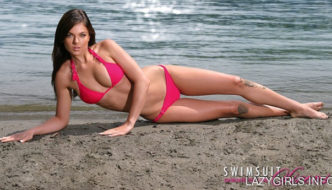 Serinda Swan is a Canadian actress. She starred as Erica Reed in the series Breakout Kings for two seasons from 2011 to 2012. She now stars as DEA Special Agent Paige Arkin in the new USA Network series Graceland, which premiered in the summer of 2013. Swan was born in West Vancouver, British … END_OF_DOCUMENT_TOKEN_TO_BE_REPLACED