You are here: Home / Archives for Suzanne Somers 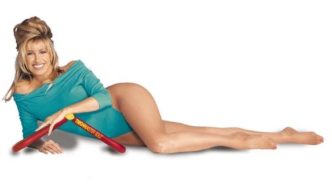 Suzanne Somers is an American actress, author, singer and businesswoman, known for her television roles as Chrissy Snow on Three's Company and as Carol Lambert on Step by Step. Somers later became the author of a series of best-selling self-help books, including Ageless: The Naked Truth About … END_OF_DOCUMENT_TOKEN_TO_BE_REPLACED