You are here: Home / Archives for Heather Locklear 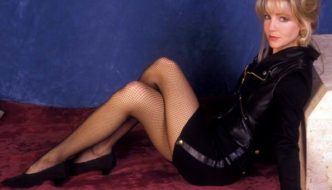 Heather Deen Locklear (born September 25, 1961) is an American actress. Her first major television role was the part of Sammy Jo Carrington on Dynasty from 1981 to 1989, which began her longtime collaboration with producer Aaron Spelling. She is also known for her role as Amanda Woodward on Melrose … END_OF_DOCUMENT_TOKEN_TO_BE_REPLACED