You are here: Home / Archives for Jennifer Lawrence 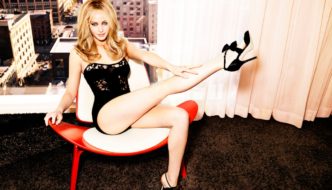 Jennifer Shrader Lawrence (born August 15, 1990) is an American actress. Her films have grossed over $5.7 billion worldwide, and she was the highest-paid actress in the world in 2015 and 2016. Lawrence appeared in Time's 100 most influential people in the world list in 2013 and in the Forbes … END_OF_DOCUMENT_TOKEN_TO_BE_REPLACED