You are here: Home / Archives for Kristen Bell 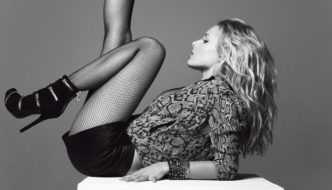 Kristen Anne Bell (born July 18, 1980) is an American actress. In 2001, she made her Broadway debut as Becky Thatcher in The Adventures of Tom Sawyer. After moving to Los Angeles, Bell landed various television guest appearances and small film parts before appearing in a lead role in the David Mamet … END_OF_DOCUMENT_TOKEN_TO_BE_REPLACED