You are here: Home / Archives for Kristen Dunst 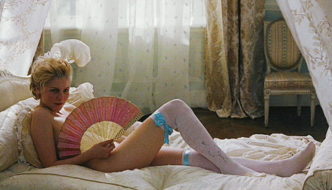 Kirsten Caroline Dunst (April 30, 1982) is an American actress. She made her debut in the 1989 anthology film New York Stories, appearing in the segment Oedipus Wrecks directed by Woody Allen. At the age of twelve, Dunst gained widespread recognition as Claudia in Interview with the Vampire (1994), … END_OF_DOCUMENT_TOKEN_TO_BE_REPLACED