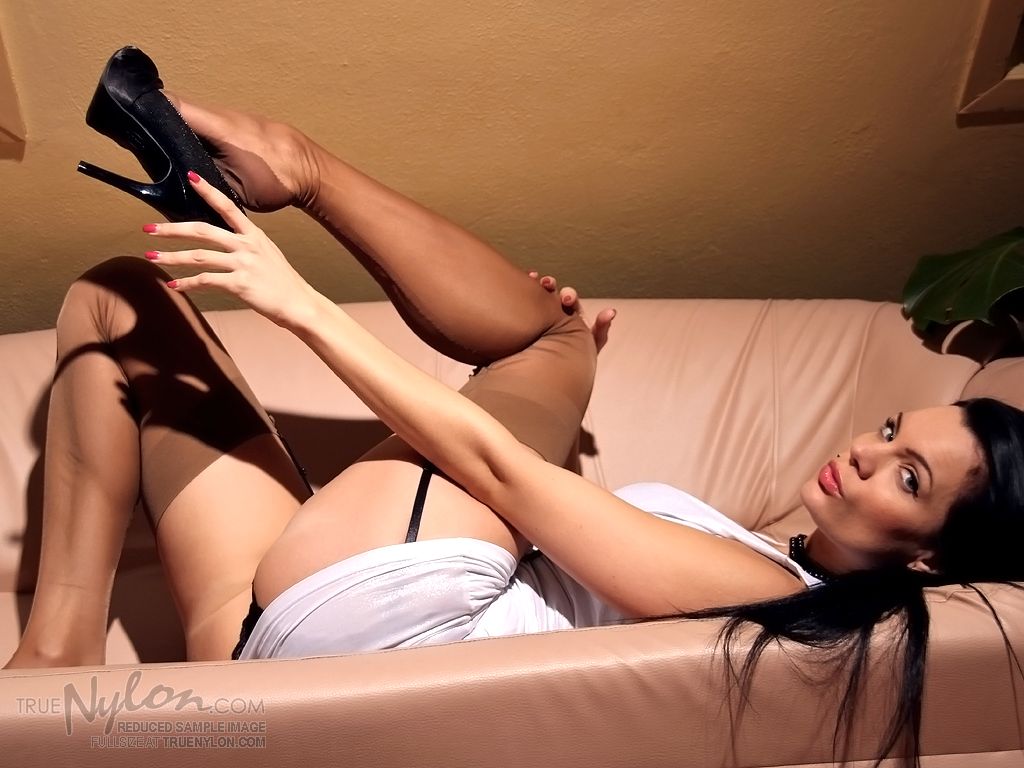 Remember me telling you about that mature lady I was fascinated with? You know the one that I can’t remember her name? Well, I sure remember this name: Brenda.

A while after the Deli and the Mature Lady, I was “promoted” to stock boy. Soon, I became friends with an older guy who worked at dad’s store named Riley. Mainly, because he was sort of humorous and fun to be around. Well, one day, as I was working at the store, in came this bombshell with long, straight black hair. It turned out to be his daughter! And, though she didn’t look it, she was one year younger than me! I had a crush on her immediately. From that time on, I would keep my eyes open for her, hoping she would stop by to tell her dad something, or with her mom as they got groceries.

Somehow, my mom found out about it. And, as most mom’s, she thought is was “cute” that her “little boy” liked a “little girl”. (If she only KNEW what her “little boy” was fantasising about concerning that “little girl”! Shoot, if she only knew what her “little boy” was doing with the hidden erotic magazines in the downstairs den! And she’d die for sure if she knew I had often fantasised about our Deli woman, complete with indulging in auto-eroticism!) Well, to make a long story short… mom suggested I invite her along with us to an open air theatre that was a big deal in that city. (I wasn’t old enough to drive.) Vicki Carr was starring in a musical. (Was it “South Pacific”?) While at work the next time, I hinted all around about it to her dad… hoping for a word of encouragement. Finally, after a few days, I mustered the courage and (with much trepidation!) called and invited her. She said yes!

Nerves working overtime, (I was dressed in a black sport suit with a white turtle neck… very debonair!), I knocked on the door. When it opened, I nearly died! She was very provocative looking, dark eyes outlined with jet black eye-liner, that long black hair and the shortest dress I believe I’d ever seen! And mercy her legs… loooong legs… adorned in beautiful dark brown nylons! Escorting her to the car, my heart pounding, I opened the rear door for her and she slid in. As she did… her mini slid up above her stocking tops… I could even see the white garter clasps! They weren’t your typical stockings with a wide top welt. Instead, it looked like they were very long, and the tops had been folded and clasped. Thus, instead of seeing a stocking top proper… the garters were attached to folded stocking. They were definitely mesh weave, I could see the diamond weave as it reflected the light. Plus, they sounded very “raspy” when her legs would rub together, a sure sign of mesh weave.

All the way there (shoot, all evening long!), she would often tug at her dress hem in an effort to keep the tops of her stockings from showing. But (much to my delight) it was quite a vain effort! For though she could pull at it to where she couldn’t see the tops from her “down on” vantage point… I could see them easily from the side! Plus, while at the theater, her attention would be on the action taking place on the stage, but my attention was discreetly riveted on her legs! Many times during the performance, I could see a front garter clasp… only to look away quickly when she realized it, and tugged again. I do believe I spent the entire evening with an erection. And EVERY time she got in or out of the car… it was a sublime show of too much leg and not enough dress! Seeing as we were with mom and dad, the most daring thing I was able to do was hold her hand… but that in itself was quite an exciting event! (Hey, I was still a child! Besides, being accomplished at “making out” wasn’t yet in my repertoire!)

All too soon, the evening was over (but not until my parents shot some pics of us at the house)… and we had to take her home. I thought (or hoped?) the night had gone well.

After I got home from school early on in the following week, I gave her a call… hoping that we were beginning to be an item, and maybe ask her to a movie. (She went to a different Jr. High than I did.) She acted odd on the phone… not very talkative. After some awkward conversational attempts on my part, she flatly told me she was going steady with a guy several grades above me…. he was here… did I want to talk to him?

Bummer. I “sort of” knew the guy, and after having a very stilted, and short, conversation with him, (explaining that I did not know of her relationship) I hung up the phone… and felt like a total idiot. After I was in High School a few years later, through some friends that knew her and her boyfriend, I found out that her dad had made her go with me in the hope of gaining some “brownie points” with my parents. (Dad owned the supermarket where he worked, remember?)

She had not wanted to go.