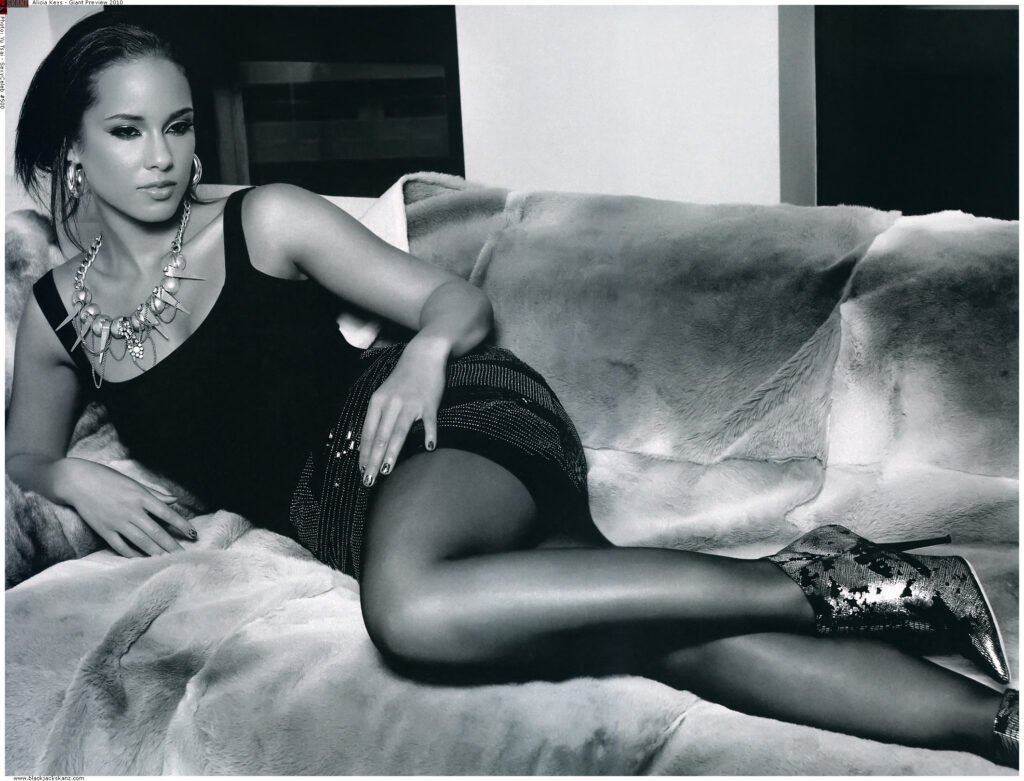 Alicia Augello Cook (born January 25, 1981), known professionally as Alicia Keys, is an American recording artist, songwriter, pianist, record producer, and actress. Keys released her debut album with J Records, having had previous record deals first with Columbia and then Arista Records. Keys’ debut album, Songs in A Minor, was a commercial success, selling over 12 million copies worldwide.She became the best-selling new artist and best-selling R&B artist of 2001. The album earned Keys five Grammy Awards in 2002, including Best New Artist and Song of the Year for “Fallin'” becoming the second American recording artist to win five Grammys in one night. Her second studio album, The Diary of Alicia Keys, was released in 2003 and was also another success worldwide, selling eight million copies. The album garnered her an additional four Grammy Awards in 2005. Later that year, she released her first live album, Unplugged, which debuted at number one in the United States. She became the first female to have an MTV Unplugged album to debut at number one and the highest since Nirvana in 1994.

Keys has made guest appearances on several television series, beginning with The Cosby Show. She made her film debut in Smokin’ Aces and also went on to appear in The Nanny Diaries in 2007. Her third studio album, As I Am, was released in the same year and sold five million copies worldwide, earning Keys an additional three Grammy Awards. The following year, she appeared in The Secret Life of Bees, which earned her a nomination at the NAACP Image Awards. She released her fourth album, The Element of Freedom, in December 2009, which became Keys’ first chart-topping album in the United Kingdom. She released her fifth album,Girl on Fire, in November 2012, which became Keys’ fifth chart-topping album in the United States.

Throughout her career, Keys has won numerous awards and sold over 35 million albums and 30 million singles worldwide. Billboard magazine named her the top R&B songs artist of the 2000s decade. In 2010, VH1 included Keys on its list of the 100 Greatest Artists of All Time. Billboard magazine placed her number ten on their list of Top 50 R&B/Hip-Hop Artists of the Past 25 Years.