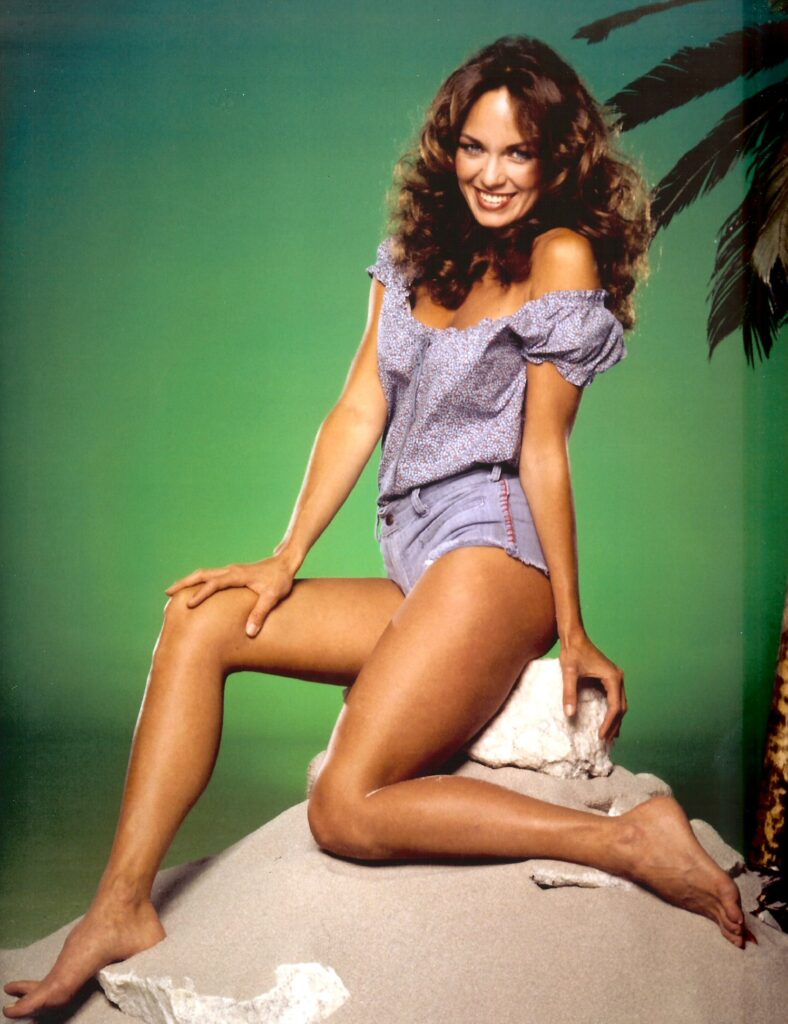 Catherine Bach‘s professional debut was as one of the children in a production of The Sound of Music. Bach’s first screen appearance was in the Burt Lancaster murder mystery, The Midnight Man, shot in upstate South Carolina in 1973, in which she played the murdered coed, Natalie Claiburn. Her next role was Melody in the 1974 film Thunderbolt and Lightfoot.

Bach heard about the audition for The Dukes of Hazzard through her husband. When she arrived there, she found the producers were looking for a Dolly Parton-lookalike; despite not looking like what they were searching for, she was hired on the spot. One of the earliest costume ideas from the producers was that she wear a tight white turtleneck, go-go boots and a poodle skirt, but Bach asked if she could bring her own outfit, which was a homemade T-shirt, a pair of cut-off denim shorts and high heels. Bach had concerns about the appropriateness of the cut-off shorts at first, saying she could not wear them in a restaurant scene. When prompted by the producers to visit a restaurant across the street, Bach found the waitresses were wearing “little miniskirts that matched the tablecloths!”. She starred on that show, opposite Tom Wopat, John Schneider and James Best.

At the suggestion of the show’s producers, Bach posed as Daisy Duke for a poster, which sold 5 million copies. The poster once caused a stir when Nancy Reagan took a liking to it after Bach visited the White House with one as a gift for one of her former schoolteachers then working there.

While she was starring on the The Dukes of Hazzard, her legs were insured for $1,000,000. In 1985, she served as the model for the figurehead for the schooner Californian.

After the series was ended, Bach had roles in a number of low-profile films. From 1992 to 1994, she starred in the Canadian family drama series, African Skies. In 2006, she guest-starred on Monk, and in 2010 had small cameo in comedy film You Again. In 2012, Bach joined the cast of CBS daytime soap opera, The Young and the Restless in the recurring role of Anita Lawson.