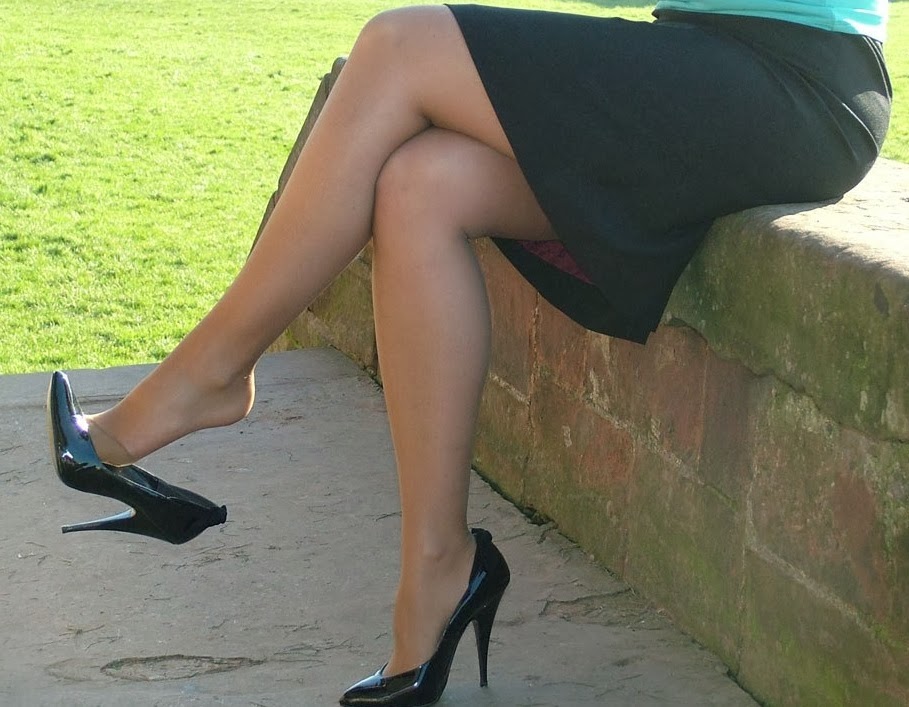 I’ve always liked the shoe danglers. For some reason, girls (even some women) dangle their shoes when sitting. Closely akin to this are those that will subconsciously slip their foot in and out of their shoe (while sitting or standing still). Either way, I always enjoyed such activity while at school.

In High School, there was a girl who sat beside me at the long table in Study Hall. Study Hall was considered the students’ time, thus we could use it wisely, or waste it… our call.

I used it VERY wisely: I would sleep! But it wasn’t really “sleep” most of the time. Instead, I would feign being asleep. (And not without reason, as you shall shortly read!) The technique was simple, yet quite effective: I would fold my arms and place them on the table top, then lean over and rest my forehead thereon. Arms and head placed “just so”… I could look down at the floor… and see the legs and feet of the Miss beside me. But the best thing of all… it could not be seen that I was playing the voyeur.

In such a state of “sleep”, I would enjoy her podiaphilic delights as she would slip her stockinged foot in and out of her penny loafer or slip-on flats. In my mind, I can still see the dark brown reinforced toe areas as she’d slip her feet from inside her shoes… and place them on top of her shoes. Or, she would have her legs crossed, and on her elevated foot… would slip the heel of her shoe off… letting it dangle. Then, by adeptly flexing her toes, slip it back on… over and over again. The nylon would make whisper sounds as the shoe leather slid on and off her stockinged heel, as well as rippling and dancing about her ankle as she flexed it about.

I was definitely under the influence of a very powerful natural Viagra named “testosterone”, and was certainly falling under the trance of the spell binding nature of nylons. However during a private intimate encounter at hand, I was not really minding it at all. Yes, it was a time in my private life that hormones ruled, and restraint was simply not there. But no way, not even at threat of death, would I EVEN consider the thought of telling another soul about my nylon fascination.

Thus, during this period of my youthful lifetime, when at the home alone, my downstairs “den” would often become a private sex parlor as I would retrieve from hiding my stash of erotic literature and purveyed nylons… and unleash my vivid imagination. That time of my life was a torrid series of private explorations. Self-control was all but non-existant. But it was my own private world, and at the time… a private world that was almost overwhelming. Obviously, I was still struggling mightily with puberty, and appeared to be losing the battle… but at the time didn’t really seem to mind!

Then dad dropped a bombshell: We were moving…