You are here: Home / Archives for Aisleyne Horgan-Wallace 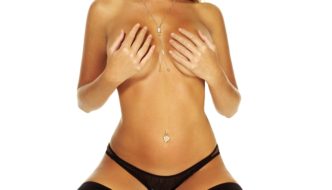 Aisleyne Horgan-Wallace  is a British glamour model, fashion designer, magazine columnist, actress, and television & media personality. She rose to fame in 2006, when she appeared, and finished third, in the seventh series of reality TV show Big Brother. Horgan-Wallace's mother was Sophia … END_OF_DOCUMENT_TOKEN_TO_BE_REPLACED