You are here: Home / Archives for Alicia Witt 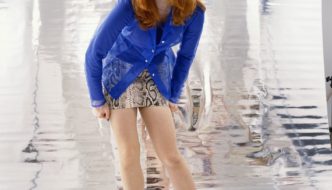 Alicia Roanne Witt is an American film, stage, and television actress, as well as a singer-songwriter and pianist. Witt first came to fame as a child actress after being discovered by David Lynch, who cast her as Alia Atreides in his film Dune (1984); she also appeared in a guest role in Lynch's … END_OF_DOCUMENT_TOKEN_TO_BE_REPLACED