You are here: Home / Archives for Alley Baggett 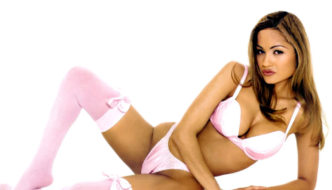 Alley Baggett  is an American glamour model. She appeared on the cover of Playboy's Book of Lingerie in the March/April 1996 issue. She has since appeared on more than twelve Playboy Special Edition covers. She has also been featured in British lad mags FHM andLoaded. Outside of the modeling … END_OF_DOCUMENT_TOKEN_TO_BE_REPLACED