You are here: Home / Archives for Amanda Holden 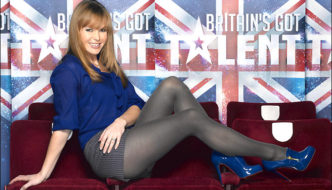 Amanda Louise Holden (born 16 February 1971) is an English actress, singer and presenter, best known as a judge on ITV's Britain's Got Talent since the show began in 2007. Holden played the role of Sarah Trevanion in Wild at Heart (2006–2008) and the title role in Thoroughly Modern Millie, for … END_OF_DOCUMENT_TOKEN_TO_BE_REPLACED