You are here: Home / Archives for Amy Adams 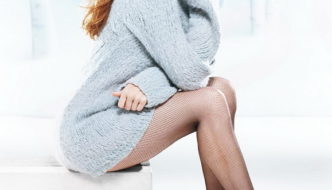 Amy Lou Adams (born August 20, 1974) is an American actress and singer. Adams began her career on stage performing in dinner theatre and went on to make her feature film debut in Drop Dead Gorgeous (1999). After moving to Los Angeles, she made several appearances on television and in B movies before … END_OF_DOCUMENT_TOKEN_TO_BE_REPLACED

There are stocking lovers all over the world but for some