You are here: Home / Archives for Ariana Grande 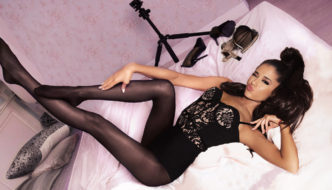 Ariana Grande-Butera (born June 26, 1993), known professionally as Ariana Grande, is an American singer and actress. She began her career in the Broadway musical 13, before landing the role of Cat Valentine on the Nickelodeon television series Victorious in 2009. After four seasons, the show ended, … END_OF_DOCUMENT_TOKEN_TO_BE_REPLACED