You are here: Home / Archives for Ashlee Simpson 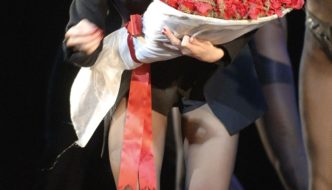 Ashley Nicolle Næss ( born October 3, 1984), known by the stage name Ashlee Simpson, is an American singer-songwriter, actress, and media personality. The younger sister of pop singer and actress Jessica Simpson, Ashlee began appearing in television commercials at the age of 15. She later pursued a … END_OF_DOCUMENT_TOKEN_TO_BE_REPLACED