You are here: Home / Archives for Asia Argento 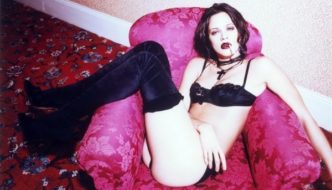 Asia Argento started acting at the age of nine, playing a small part in a film by Sergio Citti. She also had a small part in Demons 2, a 1986 film written and produced by her father, at the age of 10, as well as its unofficial sequel, La Chiesa (The Church), when she was 14, and Trauma (1993), when … END_OF_DOCUMENT_TOKEN_TO_BE_REPLACED