You are here: Home / Archives for Christina Ricci 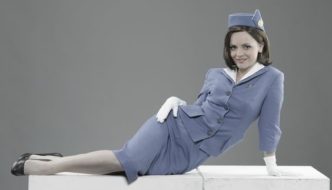 Christina Ricci (born February 12, 1980) is an American actress, who began her acting career appearing in commercials and received early recognition as a child star. Her debut performance in Mermaids (1990) was followed by a breakthrough role as Wednesday Addams in The Addams Family (1991) and its … END_OF_DOCUMENT_TOKEN_TO_BE_REPLACED