You are here: Home / Archives for Jennifer Morrison 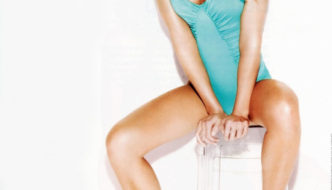 Jennifer Marie Morrison (born April 12, 1979) is an American actress, producer, director, and former child model. She is known for her roles as Dr. Allison Cameron in the medical-drama series House (2004–2012) and Emma Swan in the ABC adventure-fantasy series Once Upon a Time (2011–2017, 2018). She … END_OF_DOCUMENT_TOKEN_TO_BE_REPLACED