You are here: Home / Archives for P!nk 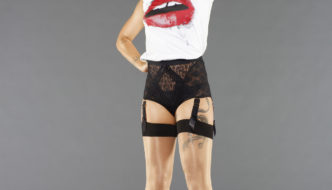 Alecia Beth Moore (born September 8, 1979), better known by her stage name Pink (stylized as P!nk), is an American singer-songwriter and actress. Originally a member of the girl group Choice, she began her solo career with the 2000 single "There You Go", which was also included on her debut album, … END_OF_DOCUMENT_TOKEN_TO_BE_REPLACED