You are here: Home / Archives for Rita Ora 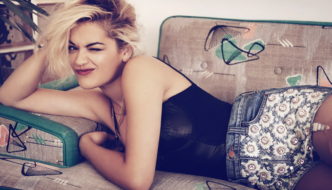 Rita Ora looking incredibly sexy with her nude stockings. She is a British singer-songwriter. In 2012, Ora released her debut album, Ora which debuted at number one in the United Kingdom. It also spawned three number-one singles "Hot Right Now", "How We Do (Party)" and "R.I.P." which made Ora the … END_OF_DOCUMENT_TOKEN_TO_BE_REPLACED