You are here: Home / Archives for Sara Bareilles 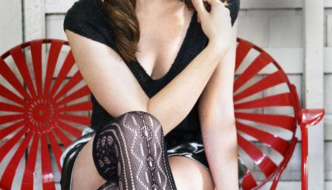 Sara Bareilles was born and raised in Eureka, California, one of three daughters of Bonnie Halvorsen (née Capellas), a funeral home worker, and Paul Bareilles, an insurance adjuster. She also stated that she has a half sister named Melody in an interview with Zooey Magazine. She is of Italian, … END_OF_DOCUMENT_TOKEN_TO_BE_REPLACED