You are here: Home / Archives for Zooey Deschanel 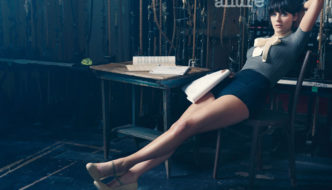 Zooey Deschanel was born in Santa Monica, CA in 1980. She is the daughter of Academy Award–nominated cinematographer and director Caleb Deschanel and actress Mary Jo Deschanel. Her paternal grandfather was French, from Oullins, Rhône; her ancestry includes Irish and French roots. She was raised as a … END_OF_DOCUMENT_TOKEN_TO_BE_REPLACED