You are here: Home / Archives for Katy Perry 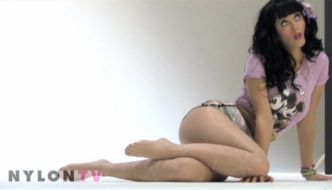 Katheryn Elizabeth Hudson (born October 25, 1984), known professionally as Katy Perry, is an American singer, songwriter, and television judge. After singing in church during her childhood, she pursued a career in gospel music as a teenager. Perry signed with Red Hill Records and released her debut … END_OF_DOCUMENT_TOKEN_TO_BE_REPLACED