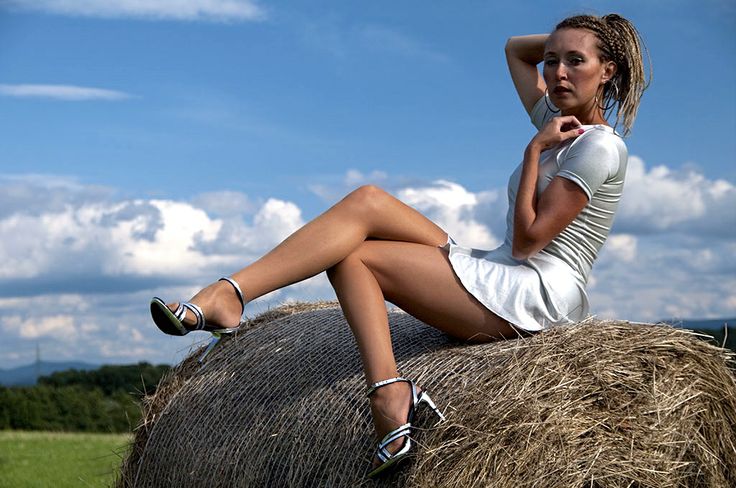 “This is just the thing I’ve been thinking about lately & was considering posting about it. Why were women once incredibly in love with nylons (that famous date is May 15, 1940 when women mobbed stores when nylon was first introduced), and now detest, are ambivalent about, or only mildly interested in, nylon hosiery (I include pantyhose)?

“A related question: how could stockings – a revolutionary garment brought about by modern chemical technology – have fallen into disregard, nay oblivion – so quickly (at best after 30 years)? These are intriguing questions.

“Perhaps feminism must be held to blame. As Susan Brownmiller says in Femininity (1984, Fawcett/Ballantine Books – perhaps the definitive anti-feminine, feminist tract): ‘the subtle tyranny of the nylon stocking over the minds and actions of women for the next twenty years – until it was partially overthrown by the anti-bourgeois fashion revolution of the Sixties – should not be forgotten.’

“By the late ’80s most women still wore some nylon on their legs. Come the ’90s, and nylon-wearers have become the minority. That’s probably because even women who consider themselves ‘feminine’ have adopted more casual attire.

“The other contradiction I notice about women – and not even particularly ‘feminine’ ones – is the attention to otherwise feminine ‘looks’ – ie grooming and make-up. It’s hard to come across any woman these days who doesn’t paint her nails. Most wear lipstick. Most spend a lot of attention on their hair and skin. It’s in the realm of clothing that attitudes, for some reason, have changed. This is an ongoing discussion… It’s as if there is some kind of sinister plot to put women off wearing nylons. It’s leading to nylon warfare!

“I think what I can deduce from this in a nutshell, is that women always appear to be old enough to decide whether they like nylons or not (possibly influenced) but for a man it is as if nature intended it to be. I certainly didn’t choose to like women in nylons, but I do and I’m proud to admit it, after all it’s something that was out of my control! I never knew the subject of nylon stockings was so complex, it’s like rocket science!”

“Down here where I live in Kent, I have done studies on particular women on a regular basis (excluding my girlfriend) to see how often they wore a skirt and hosiery. The girls that I have studied, at work, in local shops, in pubs etc, have continually worn trousers. This has been over a period of almost eighteen months. Femininity I am afraid to say is rapidly diminishing and female pride in dress sense has almost gone entirely.”

“Yes, we can all agree that there are choices out there – and that we as women should exercise that choice. However, I truly believe that in some cases the trendsetters are putting their ideas out there, and so overpowering any other competition as to make it non-existent. When was the last time anyone walked into a store and found the choices of skirts, blouses and nice dresses to be anywhere as large as the trouser/ jacket sections? I have to hunt until I’m blue in the face to find pretty clothing! All the stuff that is out there makes me think of Communist re-education camps! And as for choices in hosiery – well, here you have to wade through the knee-deep piles (pardon the pun) of opaques and other garbage just to find decent fleshtone nylons!

“And remember who it is that’s running the American Fashion industry right now. All those women who ran around burning their bras thirty years ago! Did you ever see one feminine piece of clothing turned out by Donna Karan? And forget about our pal Calvin – he’s been designing for skinny little boys for thirty years!

“Until we see a new crop of designers come in with the intelligence of Christian Dior or the style of Coco Chanel, we ain’t gonna see anything new.”

“On recent visits to the supermarket, it has been my observation whilst standing in the queue waiting to pay and looking at people’s shopping (and be honest, we all do!) that women are not buying stockings. Even when you look at the hosiery sections, tights are more widely displayed than stockings, and when you go into a newsagent’s shop stockings are not to be seen on display for sale – just tights and pop socks.

“Sadly, although this web site is doing it’s utmost best to promote stockings, I feel that overall the tights revolution has got a ‘foothold’! Even if a woman is not wearing tights, then she is closeted in trousers.”

“In taking a purely pragmatic view of things you’re probably right but you shouldn’t be so defeatist. After all, we on this forum aren’t going to change the world overnight. It is a long haul job and results will be hard to come by but you must keep the faith and believe that stockings will persist and if enough people keep spreading the word then it will get better.

“There isn’t enough publicity about at the moment to make a real difference and of course the manufacturers have an interest in keeping it that way. Just remember, seeing the next woman in stockings will be all the more sweeter just because they’re quite rare.”